You are here: Home

END_OF_DOCUMENT_TOKEN_TO_BE_REPLACED

Independence Day Dr Tolbert Retired MSGTI believe in God and I am ACitizen For A Better America Independence Day  (The 4th of July)!! Have you ever wondered what happened to the 56 men who signed the Declaration of Independence?Their story. . Five signers were captured by the British as traitors, and tortured before they died. Twelve […]

END_OF_DOCUMENT_TOKEN_TO_BE_REPLACED 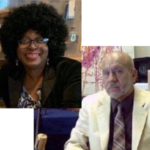 Angela Marie & Charles Tolbert EdD are running for President and VP of the USA 2020.

Angela Marie & Charles Tolbert EdD are running for President and VP of the USA 2020. Both Angela and Charles are no party Affiliated. Both Angela and Charles ran for the United States Senate in 2016.   Angela Marie for President as a write in candidate. Charles Tolbert for VP as a write in candidate.  We […]

END_OF_DOCUMENT_TOKEN_TO_BE_REPLACED

What is the purpose of the veterans administration? May 23, 2020

What is the purpose of the veterans administration? May 23, 2020 Currently the VA is still not doing their job and it’s a requirement for a veteran that is Retired military to use primary care under tri-care, where you can get appointments and help within 3 to 4 days. This is the question being asked […]